A Bigger, Stronger Axle
Your Polaris RZR XP 1000 is a pretty mean machine, but can those axles handle the type of beating you put them through? If you’ve put your RZR through the wringer once or twice, chances are you’ve already had issues with your stock axles. That’s why SuperATV developed our Heavy-Duty Rhino 2.0 Axles. Whether you’re replacing busted axles or upgrading to prevent issues later on down the line, Rhino 2.0s let you push it to the limits without worrying about breaking something.

Backed by an 18-Month Warranty
You can’t sell an axle this awesome without an equally awesome warranty. We’re pushing past the industry norm with an impressive 18-month warranty so you can feel comfortable truly putting these axles to the test. We seriously doubt you’ll be able to break these, but if you do, no worries—SuperATV has got you (and your Rhino 2.0s) covered.

Note: Picture shown is for reference only, may not be the exact model

SuperATV Rhino 2.0 Axles (excluding boots) are warrantied to the original purchaser for a period of 18 months from the date of purchase. If the axle fails for any reason within 60 days from the date of purchase, SuperATV will ship a replacement axle free of charge. If the axle fails after 60 days, but within the first 18 months of the date of purchase, the purchaser must pay a flat $50.00 replacement fee. In all warranty cases, the purchaser must provide SuperATV with proof of purchase and proof of breakage. How to make a warranty claim? Before sending anything to SuperATV, please click below to fill out the appropriate form: Rhino 2.0 Axle Warranty From
View AllClose 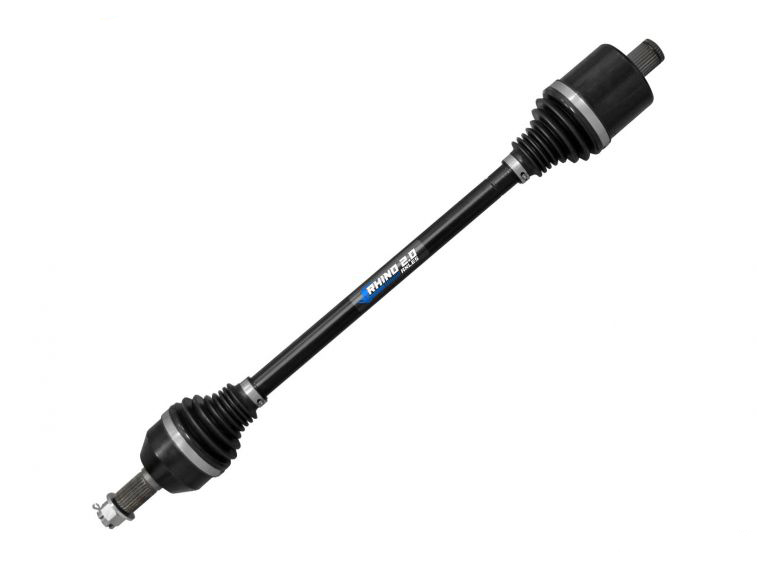